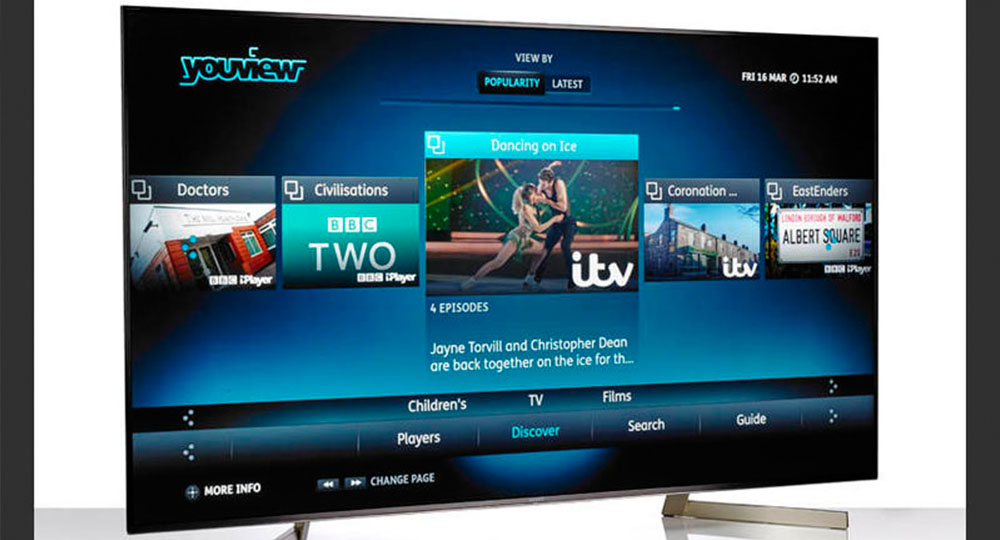 Sony introduces the KD-65XF9005, which is supposed to deliver the best picture quality by means of local dimming and X1 Extreme chip.


Android 7: Look and feel of the main menus are inspired by Google. Sony KD-65XF9005, however, provides many additional delicacies and settings.

At first glance, it seems like Sony wants to consolidate its 9000 series a bit. As for the specifications, equipment, and even the readings, the brand new KD-65XF9005 appears to be quite similar to the previous year's model XE9305 and its small brother XE9005.


The first was Sony's most expensive redesign in 2017 with the legendary edge LED revolution "Slim Backlight Drive +" and the super chip "X1 Extreme". The 9000 series had a smaller processor and less local dimming last year but cost over 25 percent less. Now there is an FX90 with the best image processing and according to datasheet direct local dimming for probably the price of the old kid.

This means that at a better price, nothing stands in the way of the particularly high dynamics of DolbyVision - indeed, with more two-dimensional dimming zones, the contrast impression should once again clearly increase. How well that succeeds, should show our test.

After unpacking but we were allowed to look once, whether something has changed in the equipment or operation to the known models. The case is quite reminiscent of build quality, design, and dimensions of the 9000s. The now no longer central stand, however, looks much more discreet and elegant. The feet convince with their folding design and the light champagne note.

The 9300 was flatter and its back wall including connection panels closed to hide cables. Here there are again open cable ducts, but the lines can be led out again discreetly through the feet to the rear. As far as electronics and connections are concerned, the XF90 has been upgraded. The top chip was formerly the expensive model reserved, but now there is Sony's most intelligent image enhancer already cheaper.

From the front, the Sony KD-65XF9005 shows a clean finish with high-quality materials. It consists almost only of a narrow frame and an elegant foot.

As far as the classic connections are concerned, everything has always been uniformly in the green zone. Four times HDMI 2.0 can be set to maximum pixel frequencies, the version 2.1 for 10K and 120Hz will be introduced much, much later, maybe only in 2019. USB is three times on board, once as a version 3.0 for a hard drive for recording purposes.

Optical digital in-out and headphone jack are required. More interesting is what is possible about new signaling pathways. In the WLAN area was upgraded to "ac", which promises a faster connection. Bluetooth is also available in the audio section. A connection to the smartphone screen, mirroring Ã  la Miracast was set up quickly and completely without any problems.

That the TV uses DLNA server, acts as a renderer, is the lowest standard, but also the forwarding of Internet streams worked as a Chromecast. Youtube films are transferred to the screen with a single click. All this is probably due to the clean implementation of the Android 7 operating system from Google.

It facilitates the interaction with all services of the mega-company. The possibilities seem endless when you search the Play store. Thousands of apps appear tangible, which of course we canâ€™t try at all. With sophisticated applications such as Kodi or Plex, there are again completely new possibilities of media enjoyment. The quad-core A53 processor with 2GB RAM and 16GB ROM does not react quite jagged, but will probably have some reserves left.

Sony is adding a few key apps to its basic offering, including Amazon Video and, of course, the Sony Entertainment Network. It's a pity, by the way, that the voice search for movies seems to be limited to Google and Youtube. Netflix and Amazon would certainly have been interesting, especially since these services excel in HDR content.

Then we could not try out Dolby Vision again, simply because the update of the previous year's models announced for 2017 is not yet available or only in the USA. This met with harsh criticism because Video on Demand services there apparently work in Dolby Vision, the HDMI inputs but not yet. For the XF90 an update is promised, if that will fulfill all wishes, but we do not want to prophesy.

It became exciting and surprising in the laboratory and screening room. Here, the combination of better chip and direct local dimming should open up new horizons. At first, however, the structure of the LCD panel looks identical to the previous year. The excellent ISO contrast of well over 1000: 1 does not have to be greatly improved either.

In the laboratory, color matching and gray value composition were again on the very best side. The XF90 is slightly darker than the XE93 but much brighter than the XE90. More important, however, is the obviously optimized LED backlight, which allows ten percent cleaner primary colors. This is not yet the color space of QLED achieved, but something caught up.

The viewing angle problem, unfortunately, is not resolved. An optimal image is only from the front or within +/- 10 degrees laterally. Decisive for contrast and high dynamics, ie fat black values, is the local dimming, in which Sony had great tricks in store in recent years.

Legendary is the ZD9 series with its more than 1000 dimming zones or the Slim Backlight Drive as the first edge LED with 2D dimming. According to the datasheet, the local dimming with Direct-LED was limited to the first disappointing six horizontal and two vertical dimming zones, which run extremely softly together.

However, the programming is so good that you can hardly make out negative effects, there are no hard shadows and lights in the backlight. The natively very high-contrast panel also needs only slightly optimized to achieve a great in-picture contrast of 12000: 1. To our great surprise, however, many backlight LEDs appear to be used to enhance motion reproduction.

Scanning backlight, ie phase-in switching off LED lines, is used to drastically increase the moving picture sharpness. When no light reaches the eye, our brain thinks out perfect artifact-free intermediate images. However, if the phases are too long, the picture seems to flicker. Our high-speed camera actually showed a different state of the passing light bars in each of the 1200 frames per second.

That's what Sony calls "X-Motion Clarity â„¢". And in combination with the sophisticated motion smoothing through interframe calculation, running objects actually appear as sharply focused as they did on 200 Hz panels - in fact, sharper than OLED TVs have up to now, which have an ultra-fast drive time but no black phases. So Sony shows a particularly intelligent use of the LED control between the increase in contrast and movement sharpness.

We have already praised the intelligence of the processor "X1 Extreme" for local contrast optimization and re-sharpening with its predecessors. Here even HDR is optimized and highlights details that would otherwise be barely perceptible. However, the tuner image in the default factory mode "Standard" appears cold and coarse, with intrusive artifacts.

You should play around with the many settings, then it will be very harmonious. The cinema setups are an excellent base. Sonically, we did not expect much from the down-firing speakers and were not disappointed. After all, the sound appears harmonious in mid-layers and voices, but bass and treble are missing.

And you really canâ€™t talk about dynamics here. Although Sony has already improved a lot here, it should be clear that new media are at the center of Android TV enjoyment. Conventional television attributes such as station sorting (the search works flawlessly) and selection are somewhat in the background.

The 9 series is top of every manufacturer; Here Sony consistently implements the latest technology. It is saved at the right end so that especially a lot of smart TVs and sharp HDR brilliance comes out at an attractive price.

I love this Sony KD-65XF9005. The review is nice. Definitely getting it