Disclosure: Wadav is reader-supported. We may collect a share of sales or other compensation from the links on this page.
By John R. Wilson 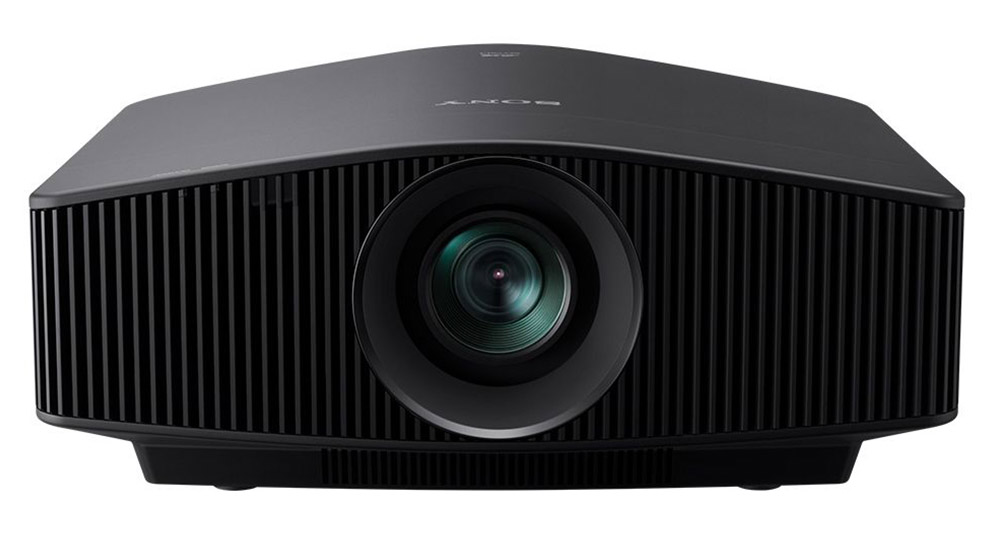 With the Sony VPL-VW760ES the dream of all home cinema users becomes a whole lot more realistic - so at least the catalog data of the brand-new laser beamers promise: a crisp image, extremely rich in contrast from rich black to glistening bright white, a huge color space for rich colors in combination with high dynamic range. And the whole thing almost silently and without the disadvantage that the owner would constantly throw coins into the lamp piggy bank - it's a laser.

Although the body looks similar to previous models outwardly, the Sony VW760ES builds only in about the same chassis of the smaller 4K SXRD siblings as the already tested Sony VPL VW360ES. In fact, the VW760ES is a chimera of the high-end laser models VPL-VW5000ES, which depending on the lens costs well beyond the $60,000 and the smaller 4K projectors with conventional projector lamp.

This is little wider and heavier than the small versions if not much. Nevertheless, if you need a ceiling mount, should choose something robust for the 20 kilos fighting weight of the Sony VPL-VW760ES and ever order a second man for the accident-free assembly.

The basic structure is similar to all other Sony front projectors - and that's a good thing. He sucks his cooling air through the back of the grid and blows out the warm exhaust air in front of the lens again. This makes it possible to place it almost directly on the back wall, without the risk of heat build-up.

The assembly takes place via recessed brass sockets, which you can confidently give the least 20 kilograms. The fact that the center of gravity is almost exactly in the middle makes it easier to focus on the screen. And since the lens is also in the middle, you can also place its holder exactly centered in front of the screen.

As usual from other Sony models, all connections are deeply offset inside the case. Although this facilitates a concealed cable feed, the cabling itself requires, especially when the machine is on a shelf, slim hands and some finger acrobatics.

Embarrassing, however, is Sony's lens protection: The dust cover is the same as in the cheap models, it is cheap and is difficult to solve with its well-designed barbs from the lens; not to mention that no other manufacturer beyond the $5,000 price range dares to deliver a loose cover. Epson and JVC have long since offered motorized flaps.

Handling with remote control and menu structure are the same as for many years with all Sony projectors. The handheld is ergonomic and can be backlit in rich blue.

New in this model is the light source. It comes from the noble ultra-short-distance models and uses, as is currently the case, a cluster of blue lasers that also serve as the base color blue and a phosphor wheel to illuminate. This produces a broadband, intense yellow, which is classically decomposed into dichroic mirrors on the way to the SXRD-LCoS panels for red and green, just like the high-pressure lamp. The Low Beats measurement of the spectrum with the high-resolution spectrometer confirms this mode of operation.

Sony claims up to 20,000 hours of life. This kind of laser hybrid light source darkens less at the end of its long life than conventional lamps; so you really have very, very long something of the good luminous flux.

That Sony only uses the laser as the source of light is pure marketing, albeit technically correct in its basic features. But without the phosphor wheel as a secondary light, no white would come out of the lens.

Lasers have the advantage of optically achieving maximum efficiency. After all, all the energy ends up on a single frequency. Electrically, however, they have a very poor efficiency. For the few hundred milliwatts of optical power, this projector needs to suck up to 430 watts of power from the outlet. This generates a lot of waste heat, which is forced out of the housing by several fans. They do that amazingly unobtrusive - even at maximum power.

Lens memory is a topic that is now widely used in high-end projectors. This is understood to mean a lens that can be electrically adjusted in terms of zoom, focus, and position, which remembers different settings and can always start again at the push of a button. This is especially common in combination with screens in CinemaScope format. For 4: 3 and 16: 9 you use the middle two-thirds of the screen. If you play a CinemaScope movie, then you zoom the image to full width and uses the entire surface. This is also useful for the newly used in TV series increasingly 2.0: 1 format, for which one just zoomed so far that the useless black bars disappear.

The Sony VPL-VW760ES finds these once saved positions really fast and comparatively precise, as the above video shows. Unfortunately, he loses every now and then his exact position. That can keep JVC constant, but works in slow-speed compared to that.

In fact, the VW760ES is Sony's lowest-priced projector for $15,000, which also reproduces all the current signal types and resolutions that can come from UHD Blu-ray or game consoles, even with full bandwidth. If you need all that cheaper, you have to buy JVC, which is the only one for well below $10,000.

After all, the Sony VPL-VW760ES is, in terms of HDR and the relevant standards really good. As a rule, the player and the projector should agree correctly in automatic mode. This worked smoothly in the tests. This was true for HDR10 (PQ ST.2084 EOTF), HDR referencing is also HDR10 with a fixed set clipping from 1.000Nit as well as Hybrid Log-Gamma (HLG) for future HDR-TV broadcasts.

Switching between the two standard color spaces BT.709 and BT.2020 also worked without stress. It's just a pity that in the DCI-P3 range of the BT.2020 color space (which is the most common for HDR films today), the maximum amount of saturated green drifted towards yellow.

In the traditional video standard, the projector did its job properly. There was very little fine-tuning in the presets reference or user needed to get a homogeneous, luminous image. Small blemishes were the non-correctable supersaturated mid reds and greens in the tester.

A major flaw is HDR rendering too deep black and overdriving white. Only after significant correction shadow details from the rich black and a differentiation beyond 1,000 Nit no one really needs; the latter is easy to achieve with "Contrast HDR" controls.

Then the laser makes a very regular image, which is actually not good for projection because the standard is intended for TVs in a lighted room. Here you can help with the "contrast enhancement" function, which raises the average tone values in three steps. That worked fine, I had injected myself in the course of the tests on the middle level. The conjured - despite 3.5m CinemaScope with gain-weak, acoustically transparent screen and set to 100% power laser - so much color and radiance in the movies, that I could not suppress a satisfied grin.

On board, the Sony VPL-VW760ES has the clever image enhancers from Sony. For example, the scaler with its very artifact-poor re-sharpening "realism", which draws such crisp details with the finest brushstrokes when feeding full HD signals with the correct dosage, that real 4K / UHD signals have to strain already, to show real more information.

In contrast, soft transitions are used to outperform banding, solarization, which results from under-quantization of only 8 bits in conventional video and television. This looks like a 9 or 10-bit resolution. This feature is also available for 3D for the first time.

The Sony VPL-VW760ES in Comparison

In February I swapped the old reference Sony VPL-VW300 for the tested JVC DLA-X7900, which now controls all signal types and resolutions and is not unlike the VW760ES from the datasheet. Only in still photos could be a clear projection for the native 4K resolving Sony against the e-Shift technology of the JVC. In the moving film image, you notice nothing of it.

A clear advantage goes to the laser light source of the Sony, not only because of the life and longer brightness but especially in terms of image quietness. This is especially noticeable in large bright areas, which looked like painted on the canvas by the Sony and in which the JVC flickered noticeably in contrast. The peace and good smoothing came to the Sony synonymous with the 3D playback advantage. Only the 3D image is comparatively dark, as with all Sony 4K models. But the spirit contours are limited.

One point goes to the JVC as far as the native black, with the Sony was hardly worse. The top brightness is close to the Sony, again with the note that it will last longer. And thanks to the ingenious scalers synonymous comparison with native playback of satellite TV with 720p or 1080i and Blu-ray Disc with 1080p crystal clear in terms of image sharpness in favor of the Sony.

A bargain is the Sony VPL-VW760ES for almost $15,000 certainly not. But it offers at the highest level a pleasantly balanced package of important properties. The laser light source is persistent and bright, at the same time pleasantly calm and guarantees relaxed eyes. In combination with the sharp lens and the clever signal processing (keyword "realism"), the 4K panels deliver crisp, bright images and deep black. The Sony is the perfect projector for frequent gazers, who also want to use their cinema for daily television and enjoy maximum quality without constantly squinting at the lamp's timepiece. An all-rounder, high-end level Projector.