Disclosure: Wadav is reader-supported. We may collect a share of sales or other compensation from the links on this page.
By Ben Stone 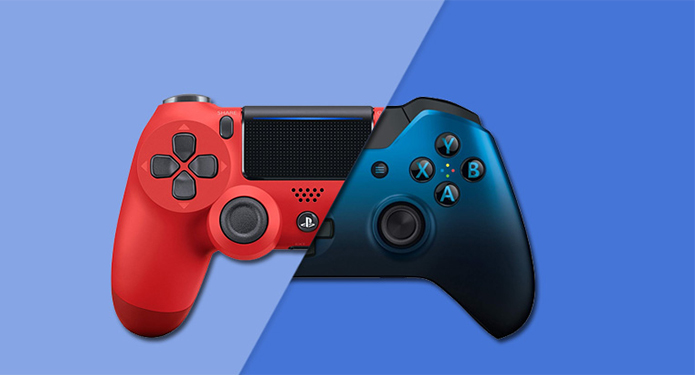 Great user experience is what makes a great controller.

We took a look at controller battery life; often the most overlooked part of user experience.

The most important aspect of a controller is the comfort of use… until the battery starts to run out. Without juice, the great feeling and good-looking controller is useless. You can get around this problem by connecting the USB cable, but do you want to be stuck on a leash or to be free? Swapping spare batteries is an option with Xbox, but it is also a big hassle. We wanted to find out how much the controllers are using energy for different features and why the batteries seem to be running out all the time.

First, some background information on the batteries. XBOX One controller allows battery swapping and you can use either regular AA batteries or a dedicated rechargeable battery (The original is 1400mAh). The battery capacity can be up to 2500mAh, depending on the battery manufacturer and model. The PS4 controller has an embedded battery with a capacity of only 1000mAh. Thus from the capacity point of view, XBOX is clearly a better choice.

In the first measurement, we checked out the Idle consumption and Active use consumption. The vibrations and audios were turned off, and we also disconnected the Lightbar completely from the PS4 controller to get more comparable results.

Our measurements show, that XBOX One controller is the winner in both Idle and Active use consumption. However, both controllers consume quite a lot of power, even when doing nothing. So if you’re just watching Netflix, your controller still drains the battery quite rapidly until it shuts down itself. Which can be annoying.

Next, we checked out how much Vibra consumes. Both controllers used about the same amount of energy for vibrations, ranging between 500mW to 900mW on average. The consumption depends on the game and the type of vibration. Obviously, the vibra is not on all of the time, but some games use it a lot. Vibra can halve your controller’s battery life.

In the picture above you can see an example of vibra activity during the gameplay of NHL17. There are both quick and intense vibrations of less than 0,1 sec in duration and longer grinding vibrations lasting 0,3sec or more. The peak power is over 1.5W.

The PS4 controller has an integrated speaker and some games utilize it quite a lot. We tested the average power consumption during Rainbow Six: The Division gameplay, and it added  ~70mW on top of the active play consumption when the audio was used.

In conclusion, it is quite clear that XBOX One controller is the winner in battery life. It has a bigger battery and lowers power consumption than its’ rival. On the other hand, the PS4 controller has more features. The best way to save power is to limit the use of vibra and set the Lightbar brightness to low. Typical usage times with original batteries and all features enabled are ~13h for XBOX One and ~7h for PS4.

An easy way to increase battery life is to get a bigger battery. This is very easy for XBOX One but there are also battery options for PS4. Be smart when buying new batteries though – you are going to charge the batteries often, and the cheapest batteries are not typical of the highest quality. We will take a look into batteries later, stay tuned!

Here are some of the best stores where you can shop for gaming stuff on discount Microsoft Store promo codes, Gamestop coupons, Best Buy coupon codes,

I think I will finally switch to wireless controllers with good new controllers available.