Disclosure: Wadav is reader-supported. We may collect a share of sales or other compensation from the links on this page.
By Jennie Young 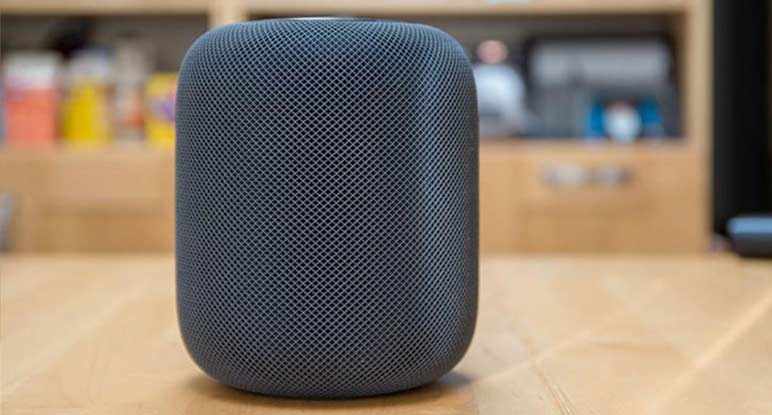 After a bit of a delay, Apple’s Home Pod is finally here. The $349 smart speaker is ready for the public and it's nothing if not a fascinating machine. The level of engineering that went into a building, what I think is the best sounding smart speaker out there, is impressive, especially given the thing’s tiny size. It's also interesting because Apple is a company that's always prided itself on being the best, not the first and this is definitely not the first smart speaker you'll find. Do you think a lot of that work helped make the Home Pod much more than it could have been had Apple tried to rush it? So you compete more directly with Amazon and Google but as great as it sounds though, the process of using it and integrating it into your daily life especially if you're not a full-blown Apple diehard fan, is very very tricky. Use the Apple Coupons on your purchase.

Let’s take a closer look. First, a word of warning...

You have to be very invested deeply in Apple's ecosystem for the Home Pod to be of any use.

You need an iOS device, just to set it up and an Apple Music subscription to actually play some tunes. Beyond that, the lack of Bluetooth support or any audio inputs means the Home Pod is for Apple fans only. Setting it up is dead simple though. Just put a compatible Apple device next to it, agree to a couple of prompts, run through some "hey Siri" commands and you're good to go.

Once you start listening to the Home Pod, you may forget some of its limitations. It just sounds that good. There's an array of seven tweeters along the Home Pod’s base. A top-firing woofer in the center and an A8 chipset, embedded in a touch panel, all the way up to the top. That last component might be the most crucial one. It uses the built-in drivers and microphones to analyze the space around the Home Pod so it can tune the output differently, depending on where the speaker is sitting. More importantly, the A8 figures out which parts of a song should be routed through which speaker, inside the Home Pod, to provide what Apple claims, is the best possible sound.

The end result is a carefully sculpted oral landscape, customized for your environment and your choice of music. Even better, the Home Pod’s omnidirectional design means you can walk all the way around it and hear essentially the same quality of audio, the whole time. Sure, you'll notice some minute differences, depending on where you're standing but I'm okay with that.

Just about every track I threw at the Home Pod came out sounding bright and very well balanced, perhaps more than anything. The Home Pod does an excellent job, of highlighting all of the moving parts of a song. It's especially noticeable in punchy jazz numbers with a lot of instruments going at once. You can also expect the Home Pod to emphasize vocals and mids as well. Though, the effect isn't always perfect. In some songs, the vocals kind of rise above the rest of the mix leaving all of the other instruments sounding a little cramped.

For such a small speaker, I was impressed by its bass response. The thing about the Home Pod’s approach here is that it's very deep and boomy at times but it's never over the top. The chipset inside constantly manages the woofer's action, to minimize distortion, even when the volume is cranked, all the way up. That ensures that bass never overpowers the rest of a song but that also means some songs that really revel in those low frequencies can feel a little less punchy than you'd like. Do not forget to check Best Buy coupon code to get massive discounts on your purchase.

So yeah, the Home Pod does a fantastic job, rendering your music. Actually interacting with the Home Pod isn't always as great. You can tap its touch-sensitive top to control it but most of the time you'll just start talking to it. Thankfully the six far-field microphones inside the home pod make it incredibly good at hearing your "hey Siri" requests, even when you're across the room or when the music is turned up. That, however, sometimes leads to problems with other Apple devices.

iPhone around a Home Pod quickly realized what a "hey Siri" command is meant for the speaker but if you have "Hey Siri" voice commands enabled on your Apple Watch and it's unlocked, it tries to respond to your requests at the same time as the Home Pod. On more than one occasion, that meant songs started playing simultaneously through the Home Pod and the iPhone connected to my Apple watch.

At least, Siri turned out to be a pretty good DJ. I've been an Apple Music subscriber since the beginning, despite not using it all of that much. The service has a pretty solid grasp on the kind of music I like. Whenever I ask Siri to play stuff, it thought I would like it defaulted to songs I'd heard before or tracks that were thematically similar to ones I'd already liked. Siri was also surprisingly good at finding playlists that suit my moods or genre preferences. Though, Spotify definitely makes better playlists. Siri also serves as a decent smart home hub so I could control my slew of Philips, Hewlett's without an issue. The Home Pod handles those basic commands well but let's be honest. Other speakers with voice assistants do a lot more than just the basics. If you've used an Amazon Echo or a Google home in the past, it's really hard not to have certain expectations when you start talking to the Home Pod.

Most notably, the list of third-party integrations is painfully short right now. Sure you can ask Siri to send messages via WhatsApp or WeChat and both of those work flawlessly. And if you're the super-organized sort of person, Siri handily ties into apps like Evernote, ‘Remember the Milk’ reminders, and notes. That's largely it for now. Though there's no way to order pizzas or call Uber or get help with recipes while you're toiling in the kitchen. Not everyone needs these features but it's clear proof of Amazon and Google have had a heck of a head start. Also, check the Walmart coupon.

Serious limitations don't end there. Alexa and Google assistant can, for example, handle multiple timers at once. They can check your calendar which Siri just can't do right now for some reason. Siri also can't initiate phone calls even when the iOS device it's associated with, is on the same network it only acts as a speakerphone for existing calls. And while the Home Pod can access the notes and messages of a connected iOS device, Siri can't identify users by their voices and manage access appropriately.

Anyone near me right now could ask my Home Pod to play my unread text messages or to send the text message to a contact and as long as my phone was nearby. Siri would comply without hesitation. You can disable these so-called personal requests entirely but that seems like a clunky stopgap ahead of a real solution.

Ultimately, if you're devoted to Apple and sound quality is your biggest priority, the Home Pod is a must-buy. It's that simple. Beyond that, the Apple Smart speaker still feels like a work in progress. Software updates will eventually add features and fix some of these rough edges and the Home Pod will be a better, more capable companion as a result. For now, though the Home Pod is both a technically remarkable first attempt and a really tough sell.