Inside Lifelock and when LifeLock Is Being Bought by Symantec 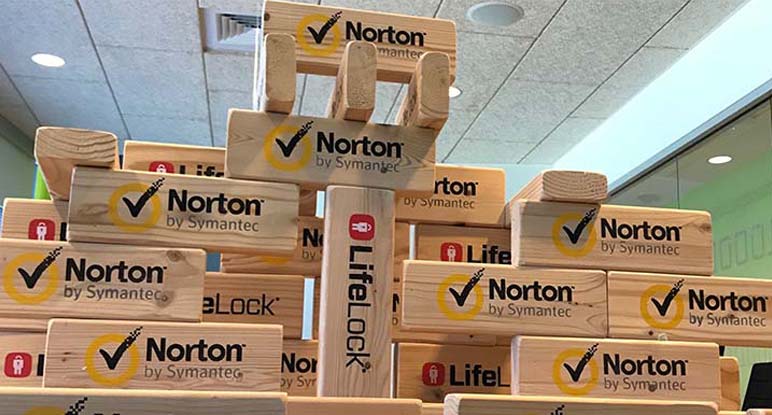 Lifelock protects customers from "Identity theft", that is, the use of personal data by third parties for personal gain. He agreed with banks and other consumers of documents and learns about each use of each SSN. The user pays the subscription and receives the Push whenever his number is used somewhere. If a person at this time drinks tea at home, then there is an "Identity theft", he presses the red button and everyone starts running.

Symantec bought Lifelock for more than 2 billion dollars even before my review, other news about the company will most likely never be.

Symantec acquired the company for the protection of confidential data of LifeLock users for $ 2.3 billion in order to form "the world's largest digital security platform for customers and families." The transaction, which has already been confirmed by the boards of directors of both companies, should be closed in the first calendar quarter of 2017.

American Symantec Corp., one of the world's leading developers of computer programs for data security, is buying a solution provider for the information security industry LifeLock Inc. for $ 2.3 billion.

The merger of the two companies will lead to the creation of the world's largest platform for digital security for consumers and families, according to a press release from Symantec.

Symantec will pay $24 per LifeLock share, which is 16% higher than the market closing price on November 18.

The deal was approved by the boards of directors of both companies but requires the consent of the regulatory bodies and shareholders of LifeLock. The companies expect to close the deal in the first quarter of 2017.

Symantec plans to finance the deal through the funds at its disposal and intends to raise $750 million by placing debt obligations.

The purchase of LifeLock will not affect the financial performance of Symantec in the third fiscal quarter ending December 30, 2016, and will not have a significant impact on annual results, the company said. Symantec confirmed revenue forecast for the current fiscal year at $ 4.04-4.12 billion, profit - $ 1.12-1.18 per share.

"As we all know, consumer cybercrime has reached crisis levels. LifeLock is the leading provider of services to protect against theft of identity and fraud more than with a growing base of 4.4 million very satisfied customers. By combining Norton and LifeLock, we will be able to provide customers with full cyber protection "

said Symantec CEO, Greg Clark. He also added that with this acquisition, the security industry will no longer be focused solely on protecting against malicious software and will become a much broader category.

According to sources close to Bloomberg, private investment companies Permira, TPG and Evergreen Coast Capital also thought about buying LifeLock, which had been negotiating for sale over the past few months.

Symantec is confident that Norton Security and LifeLock will be able to create "the world's largest business to provide customer security with more than $ 2.3 billion in annual revenue, based on the revenues of both companies in the last financial year." It is assumed that by combining the power of these two products, Symantec will be able to reach the 80 millionth target market for people who are becoming more worried about cyber-security every day.

LifeLock became a public company in October 2012, this year its shares jumped by about 40%, bringing its market capitalization to about $ 1.95 billion. LifeLock employs more than 850 people, based in Tempe, Arizona. She also has offices in San Diego, San Francisco, and Mountain View.

Did you know: Executive Director of LifeLock had a stolen identity 13 times?

In 2007, the face of Todd Davis was everywhere. On billboards, buses, benches for parking you call it. The CEO of LifeLock was represented in television and print advertising and he came up with the bold assertion that his monthly service would eliminate the threat of identity theft or his company would support it with coverage of 1 million dollars. The USA. Then, in order to really go home, he showed his social security number on all advertisements, most brave people, to try to steal his identity. As these advertisements begin to spread, Davis had his identity stolen 13 times, and possibly more.

The Phoenix New Times reports that LifeLock CEO has at least 13 times more personality, starting with the placement of his social security number. The LifeLock service was supposed to serve as a guarantee that subscribers who paid $15 a month would face a secure online presence without identity theft. As for how the service works, it is not.

In March of this year, the Federal Trade Commission fined LifeLock for $12 million and essentially announced that the service is fraudulent. The idea is simple, so simple that you can do it yourself, and if there is a certain threat, you must. When you think that your identity has been stolen, you can name one of three large credit companies: TransUnion, Experian or Equifax. As soon as you contact one of the three and tell them about the possible theft, the other two will be informed, and in your account, a "fraud alert" will be indicated. If the thief then tries to launch a credit card under the stolen name, for example, card issuers would then check the name with one of the three credit companies, and if there is a flag, they will contact the person whose identity was stolen. The fraud flag expires in three months. For $15 a month LifeLock will call credit companies every 90 days or so and make sure that the flag of fraud remains on the person's credit accounts for an indefinite period. That's all. They also offer a form of insurance up to $1 million.

Because Davis' bold statements about immunity from the theft of online identity, he accumulated a loan of $500, several unpaid cell phone bills and thousands of dollars in credit card debts that were the direct result of identity theft. Perhaps even more thefts were reported, which were also not reported.