Disclosure: Wadav is reader-supported. We may collect a share of sales or other compensation from the links on this page.
By Lauren Mazzo 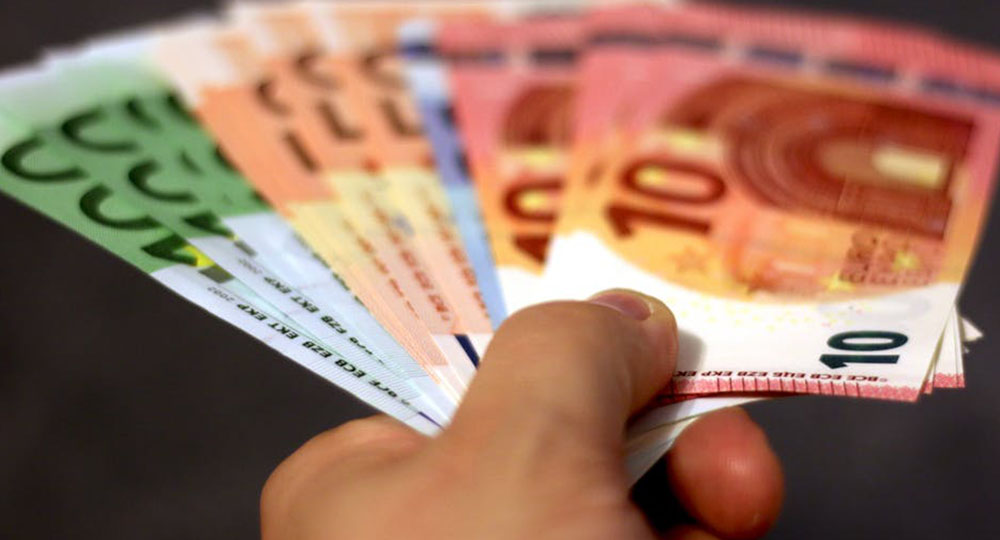 Everyone wants to save more money. And who knows how to really save money? Naturally, those people who are rich. Let us listen to the advice of the rich.

Today, there are many billionaires in the world. But how did they reach this level of financial comfort? Not every one of them spends money left and right, like the characters of Hollywood movies. On the contrary, many of them explain their financial success with a rather modest life. Let's learn from them. Fortunately, they shared with us the secrets how to save money.

Stick to what works best for you. Michael Bloomberg is well known as one of the most controversial mayors of New York. And also he is the founder and shareholder (he owns 88% of shares) of Bloomberg LP - an international information company. But there is one thing that most people do not know about Michael: in the last 10 years he has worn and continues to wear only two pairs of work shoes. These are black moccasins, which provide the billionaire with the greatest comfort and functionality. He knows that they are the best for him, and thus saves money for other things. He does not spend a lot of money on shoes, which he will never wear.

Learn from your past mistakes. Making mistakes is a common phenomenon in our life, including mistakes with money. We all make these mistakes. But those of us, who ultimately achieve financial success in life, not only make these mistakes but also learn from them. Bill Gates, one of the richest people in the world, once said: "It's wonderful to celebrate success. But it is much more important to learn from failures."

Avoid unnecessary expenses. Ingvar Kamprad, the founder of IKEA, believes that some expenses are absolutely unnecessary, even if you are very rich. Like many other super-rich people, he prefers to fly economy class, and not on a private plane. In his memoirs, Kamprad wrote: "We do not need catchy cars, impressive names, elegant uniforms and other status symbols. We rely on our strength and our will! â€œAn interesting fact about Ingvar: he has been using one armchair for 30 years.

Buy a house that suits your needs. Warren Buffett is a classic example of this rule. He still lives in a house in Omaha, Nebraska. He bought this house in 1958 for $ 31,500. Despite the billions at his disposal, Buffett finds no reason and reason to live in a huge mansion just because he can buy it. He feels quite comfortable in a five-bedroom house that is located in the heart of the United States.

Find your true passion. This simple advice brought Oprah success and glory. She says: "You become what you believe. Where you are now in your life is based on what you believed. â€œDetermining what you love to do, and following this can lead to the greatest rewards in life.

Set goals and do everything in your power to achieve them. British billionaire and Virgin Group founder Richard Branson once started with a simple list of goals. They could be completely unrealistic, but he set goals and went after them. He did not even suspect that his installation could work in one day.

Start saving money as soon as possible. Carlos Slim, a Mexican businessman who was able to move Bill Gates from the throne of the richest man in the world. Carlos gives useful advice on saving money. The earlier you start saving your income and managing it properly, the better it will be for you in later life. No matter whom you work with.

Use alternative modes of transport. This English businessman made himself a fortune in the mobile phone industry. But he does not consider it necessary to drive in a show car and demonstrate to everyone its wealth. In fact, he still walks a lot, rides a motorcycle and even uses public transportation.

Find out what you can do yourself. David Cheriton was one of the first investors of Google and now gets good dividends in return for his initial investment in 1998. This, incidentally, was $ 100,000. Despite the wealth, he does not go to the hairdresser but cuts himself. Even such seemingly small savings can serve you well if you apply it in other areas of your life. Just think about how much money you give for what you could have done yourself.

Use a modest car. Even the founder of Facebook lives very modestly. For example, he drives a relatively modest Acura car, which costs $ 30,000. Although the world's youngest billionaire could afford absolutely any car that he would want. But instead, he chooses a simple and practical car.

Make a budget and stick to it. MacArthur was the only shareholder of Bankers Life and Casualty Company. Despite his life in the era of Hollywood and glamour, MacArthur refused to make expensive purchases and lived very modestly. He never owned luxury goods, he had no press agents, and his annual budget was $ 25,000.

12. Rosa Kennedy, financial condition at the time of death is unknown

Be creative and look for alternatives in spending. Rose Kennedy is better known as the matriarch of the infamous family. But her tactic of saving money was simply amazing. Especially considering the wealth accumulated by the family. Instead of buying stacks of waste paper, she preferred to wait until the end of the year and bought old desktop calendars that were losing their relevance. As a rule, it was cheaper than waste paper. This is a good example of saving even in small things.

Make a shopping list and do not take more cash than you need from this list. Billionaire Pickens always practices one sure way to save money. He never wears more money in his wallet than he needs. He makes a shopping list before going to the store. And he buys only what is on that list. And the amount of money in his wallet will not allow him to break this rule. You cannot spend money you do not have, right?

You do not need all the newest and best. Jim Walton, the youngest son of WalMart founder Sam Walton, leads a modest lifestyle. So his father always taught him. Despite financial success, he still drives a pickup truck, which is more than 15 years old. He understands that you need to get everything from your vehicle without a trace. And do not drive around on the most luxurious and expensive car that you can buy yourself.

Work hard. Donald Trump deserved his success with his diligence. Many losers believe that Trump is just a lucky one in the world of finance. But Trump says that luck comes after hard work. "If your work is paying you, then, most likely, people will say that you are just lucky. Maybe it's because you were lucky to have brains to work! "- he says.

Use all the opportunities that you have. Robert Kuok, the richest man in Malaysia, lives by the rules that he learned from his mother. Never be greedy, do not use others, and always have a high morale when it comes to dealing with money.

Robert says that in order to become successful financially, you have to be bold and always use all the opportunities that will meet on your way. Even when others doubt your abilities.

Live modestly. Lee is the richest man in Asia and one of the ten richest people in the world. He believes that his incredible success lies in a simple and modest life. When you are just starting out, you must learn to live modestly and adapt to this lifestyle.

The customer always comes first. Jack Ma, the founder of Alibaba Group and a billionaire, believes that customers should always be number one priority. They are followed by employees, and the last in this chain should be shareholders. Ma believes that a person's relationship to how he lives his life is more important than his abilities.

Understand that money is not everything. Howard Schulz, chairman of the board of directors of Starbucks, said that human values are more important than his capital. "I never wanted to be one of the lists of billionaires. I never defined myself in terms of my wealth. I always try to define myself and my values. "