Symptoms and Treatment for Dog Diseases

Disclosure: Wadav is reader-supported. We may collect a share of sales or other compensation from the links on this page.
By Lauren Fetters 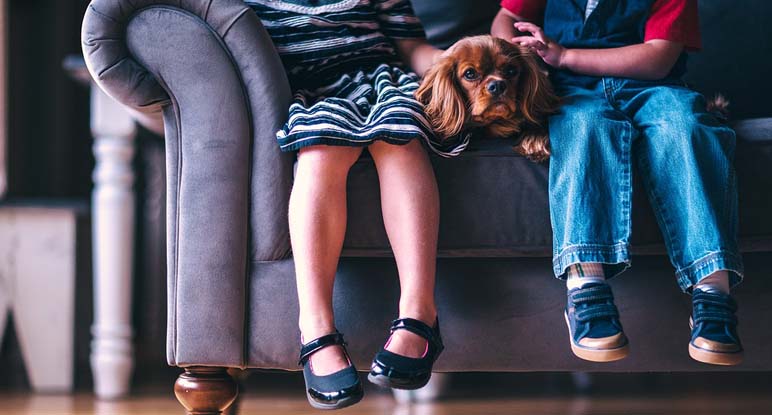 If you love your fluffy pets then, of course, their health is very important for you. Since our dogs are always playful around the meadows and love to spend time out much more it is mandatory to keep its health in check!!

In order to recognize the sign of illness in your dog, you have to be very observant and vigilant. The dog diseases are divided into 6 domains, i.e. are likely to be Hereditary disease; Skin disease; Infectious disease; Neurological disease; Orthopedic disease; and the Fever.

The Febrile conditions in a dog can be easily recognized by its warm ears or the dry nose as well as its dull eyes. The dog can be caught fever due to many reasons but the usually it is the bacterial infection (cold and flu) that targets its. In such cases, fever is a blessing in disguise as it is a part of natural defense reaction.

If your dog is feverish, it might hook up to the cold corners of your house and you should make that space accessible for it. Also, it is necessary to keep your dog hydrated, so that its body could make up for the vital fluids lost due to flu.

Diarrhea is a most common disease that can be recognized by the dog vomit. Other symptoms of diarrhea in dogs indicate severe infectious diseases like distemper, parvovirus or poisoning. It is usually caused because of the harmless nervous disorders in the dog, or sometimes it mere accession of food intake or the indigestible food.

The best treatment for diarrhea is to make your dog fast for a day or to make it have the fluid intake. The loss of fluid can be balanced with chamomile, sage, fennel or black tea, sweetened with a little honey, possibly spoonful. However, if diarrhea becomes severe best take it to the vet, who would help in making up for the lost fluids by infusion.

Treatment for kennel cough: A kennel cough in the dog should be treated by the veterinarian. Depending on the cause of a kennel cough, he prescribed antibiotics (eg, doxycycline) and cough-reducing drugs. Especially if the dog suffers from dry irritated cough, cough suppressants (eg codeine preparations) are used. In addition, it is important to provide for better housing conditions of the dog: a dog suffering from a kennel cough should be granted rest for some time. Because of the high risk of infection, it is advisable to avoid contact with other dogs. It is also advisable to ventilate rooms well, to ensure neither too humid nor too dry air and to ensure adequate hygiene.

Skin injuries are most common in younger dogs. The perfect way of treating it is to use disinfectants such as the chamomile tea, which is the best home remedy and can do wonders.

Though the head, neck and other back injuries are very serious and if in any case a wound is infected in these major zones, the infection can spread to the underlying tissue layers. Also, the insect bites can become a cause of the massive allergic reaction, that can be fatal and it requires a constant care from the vet.

If your fluff pot is losing its charm than you must take care of your dog's nutritious deficiencies. It is basically cost because of the wrong food intake. However, if you see your dog scratching its fur more often, then it might have fleas problem. In order to get rid of it,  The best treatment to get rid of it using flea shampoo or powder. Since the fleas are proliferative, the treatments should be done weekly.

Undoubtedly, dogs are quite playful and jumpy. Which often comes at a price of limping also sometimes the cause of it can be injured bales. Thus, it is important to examine it for the cuts or the punctures.

Though, many young dogs suddenly start to limp at the age of four to nine months. This is because its forelegs are affected and it needs to bring to the vet.

HD is basically the pathological changes in the hip joint of the dog. Due to various genetic factors, some of the dogs go through this disease. Usually, HD occurs in the large breeds such as the German Shepherd, Retriever, Rottweiler or the Irish Setter.

Sometimes, the environmental influences can also be the cause of this disease. If the dog is getting poor food or if there is a lack of nutrition,  such issues along with the poor genetic history can cause diseased hip joints. On the basis of X-ray images, only the phenotype is visible, the genetic system remains hidden.

The experts or the vets can only assess in elongating the size of the joint, but the shape of the joint socket and the femoral head is all dependent on the dog breed and any of the changes to the occurring to the joints themselves and the high neck are natural.

Dogs can also have eye disease some of which are caused due to environmental conditions and some of the eye diseases are inherited. Though, to identify the disease dogs must go through eye examination which is painless and takes only a few minutes.

Most eye diseases are targeted when the dogs reached the age of a twelfth month. Thus, it is best that you take your dog for regular eye examinations on a monthly basis.

Cataract is another common disease that is caused due to the various causes. It is basically the lens opacity, which when not treated can cause permanent blindness in dogs. The well-known is the aging star that occurs in many breeds. Usually, this disease occurs in old dogs. Cataract may develop due to diabetes or retinal disease, or it can also be inherent.

Ectropion refers to the curling of an eyelid. It is a harmless disease and can be removed by a small surgical method. It is also an inherent disease. Pronounced ectropion may require surgery. It is an extension to the entropion disease, which is better referred to as a loose eyelid. Mostly, puppies and young dogs have this disease due to too much skin. As the dogs head has enough skin to withhold and not more than that, the entropion disease might disappear.

Though all of the dog disease show symptoms for the owner to recognize, it is necessary that the owner knows the pattern of its dog and keep its health in check. Most of the home remedies work at its best but it is preferable that the owner takes its dog for regular checkups and keep in touch with the vet.