Be careful with baby food 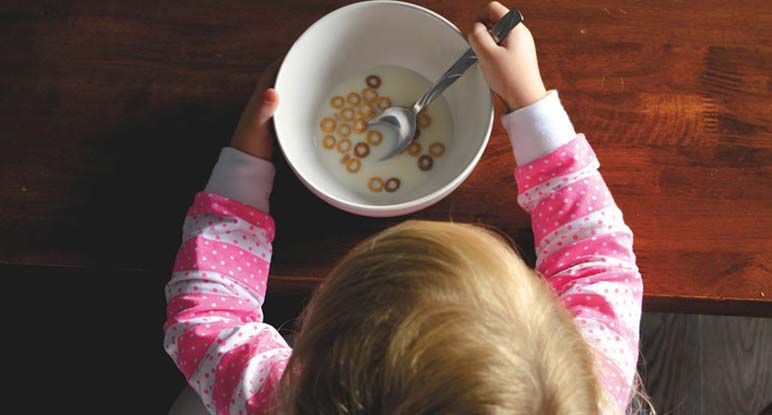 Around so many advertisements of mixtures and products for complementary children and all manufacturers claim that their products have passed the highest quality standards.

The truth and the lie about children's mixtures:

We are assured each other that such and such mixtures do not differ much from breast milk, and some even go so far as to raise the question of the effect of poor ecology on breast milk. Say, the cows, of whose milk mixtures are produced, breathe environmentally friendly air, in contrast to the inhabitants of the metropolis, so is it not better to pay money for the mixture than to feed the most ...

But is there much truth in all these arguments of financially interested producers that industrial food for children passes such quality control that it is cleaner ... motherâ€™s milk?

The theme of World Breastfeeding Week-1997 was "Breastfeeding is a natural way". Here is what information spread there about this difference between breast milk and mixtures:

Baby food is an industrially produced food that undergoes multiple treatments in the process of changing and supplementing cow's milk and converting it into enriched powder. It is not surprising that the danger of contamination with harmful bacteria, radioactive and chemical substances, foreign bodies and insects is proved. In addition, water, mixing with the powder, creates an additional risk of infection compared to feeding on the maternal breast.

Breast milk is a living substance. The milk of every woman is individually produced for her own baby. Moreover, her milk constantly changes - both during one feeding, and day by day - to satisfy the child's need for development. When a mother is exposed to pathogenic factors, she produces antibodies to fight them. Maternal antibodies are given to the baby with her breast milk.

1997 - UK: Milumil withdrew from the sale due to infection with Salmonella.

1997 - USA: The Federal Drug and Food Administration withdrew the Nestle mixture due to falsification and production under unsanitary conditions. Its use caused gastrointestinal disorders.

1996 - USA: apple and plum juice Heinz for toddlers was withdrawn because it contained lead in excess of the norm.

1993 - USA: The Nutramigen mixture was withdrawn after it turned out that it contains broken glass.

1993 - USA: Soyalac was withdrawn because of salmonella infection.

Industrial pollution means that toxic substances, including dioxins and biphenyls, are found in our food, in our bodies, and in the external environment. Due to their wide distribution, they are also found, along with other pollutants, in some samples of cow's milk and breast milk.

However, the benefits of breast milk far outweigh any possible risk and recommend breastfeeding as preferred to any alternative.

One may assume that 20 years have passed since 1997, and, perhaps, the general trends in the production of mixtures have changed. In the end, are we really openly told when they write about the safety of all these products for the health of our children? We will open any children's magazine, and there we will certainly see calming words about "strict control of suppliers and raw material quality", about "multi-level quality control of finished productsâ€...

Alas, for these ten years the producers if in some way and advanced, so only in the art of silence about the problems. Here are just a few of the reasons for the reviews of formulas and baby food all over the world since 1997:

Â·         In the same 1997, 2,141,880 Gerber jars were withdrawn with products for complementary feeding from carrots because of the increased concentration of arsenic.

Â·         In 1999, 126,456 jars of baby food Heinz "Broccoli, carrots, and cheese" withdrawn because the product for complementary foods contained pieces of hard plastic.

Â·         In 2000, after a long disregard for local sanitary services, HiPP withdrew its mixture HA1. The catastrophic excess of heavy metals in the already sold mixture led to the fact that the company received claims from several dozen parents whose children became invalids with renal pathology.

Â·         In 2001, various mixtures of the Mead Johnson producer responded several times due to packing mistakes, because of which milk-free labels were labeled for products containing milk proteins. Given that products with such markings are bought specifically for children with allergies to milk proteins, it remains to be wondered how many kids suffered from these mistakes.

Â·         2002 was full of tragic cases due to mistakes made by the producers of mixtures. At first, 17,358 cans of Portagen mixture of the same manufacturer Mead Johnson were withdrawn because the mixture was infected - in children with poorly developed immunity this bacterium causes sepsis, meningitis, and necrotizing enterocolitis. The reason for this particular recall was the death of a child due to a disease caused by the use of an infected mixture. Then, due to infection with the same bacteria, several batches of a number of mixtures were withdrawn under different names - only 1.5 million cans, produced by Wyeth Nutritionals.

Â·         In 2003, a mixture from Mead Johnson called EnfaCare Lipil again responds due to infection with the same bacteria!

Â·         In 2003, a scandal broke with a mixture of Remedia Super Soya 1, which was produced in Israel by Humana Company - inadequate vitamin B1 caused the hospitalization of more than 20 children, and three babies died.

Â·         In 2005 the Similac iron-containing mixture - 82,986 cans of the manufacturer Ross Products was withdrawn because of the content of active PVC.

Therefore, let's just be glad that we, nursing our babies, do not have to play a grim lottery with the health of their kids, not knowing what exactly can happen in any of the purchased cans of industrial baby food.