Danes Have the Happiest Kids â€“ 6 Secrets Parents Must Know 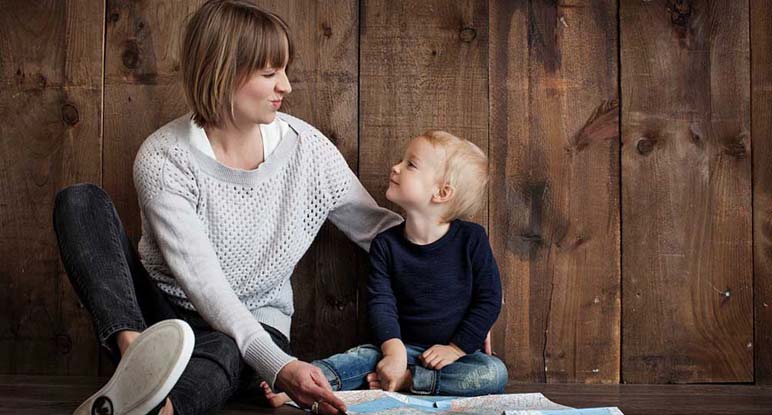 Who are the happiest people in the world?

For more than 40 years, worldwide happiness studies have come to this conclusion. But why is it so?

For Jessica Joelle Alexander and Iben Dissing Sandahl, the reason is clear: it's the special parenting. In their book "Why Danish Children Are Lucky and Balanced", the authors describe what constitutes the unique educational philosophy of the Danes.

A recipe for happy children! That sounds a bit presumptuous at first. But we can cut off a slice from the relaxed Danes. Here are 6 tips:

#1- Children Must Be Allowed To Play

Football, dance lesson, piano lessons: Today, children have too much program and too little space to just play, say the authors. But just the good games are incredibly important so that children could develop relaxed. "In free play, children learn to be less anxious and to better deal with frustration," the book says. Children who could be more confident and better at stress were again more stable, more social and less prone to depression and anxiety.

In order for children to be able to play these games, parents would first have to let them go. "In Denmark, parents try not to interfere, if not absolutely necessary," say the authors. They trusted that children will be able to try new things, giving them the space to learn and trust themselves.

#2- Parents Have To Be Authentic

Children need emotional honesty from their parents, not perfection.

Parents should always behave authentically, according to the book. And they should answer honestly when children asked them a question. Even the difficult aspects of life could be explained by parents, in an age-appropriate and understandable. Because children notice, quickly when parents are not sincere.

To show children that it is normal for them to be sad, happy, or anxious, parents should often tell stories from their own childhood and describe them with emotion. Or read stories. These are also sometimes tragic or go out bad. This opens a dialogue about very different aspects of life. Children would be better able to deal with it later if something negative happened or obstacles appeared. "If we teach our children to accept their true feelings, whether positive or negative (...), they will not be overwhelmed by the challenges and difficult stages in their lives."

#3- Parents Should Not Throw Praise

Praise should not be a standard reaction, say Jessica Joelle Alexander and Iben Dissing Sandahl. Danish parents did not overwhelm children with praise and compliments. So they did not praise everything that children would do â€“ For example, every self-painted picture - and did not generally write to children about achievements like "You're great at sports!" Or "He's smart!â€. Instead, they praise work-related or process-related, that is, what children do - when they have strained, engaged, improved or have taken a clever approach to something. So children learned to compare less. And that not everyone everywhere can be the best, but could still give his best.

Whether a situation looks good or bad, often lies in the perspective, say the authors. And how one evaluates people, things and events also influence how one feels. The Danes are particularly good at positively reinterpreting situations. It was not about hiding negative things in life but giving them less meaning. Parents could help the child to focus on the things it can do, rather than what does not succeed. If you emphasize the positive aspects, it also strengthens the child's self-esteem permanently.

How to talk with children plays a big role here. Black and white as well as limiting and negative language should avoid parents (For example, "always", "never", "I hate", "she is like that" ...). It is important not to put a stamp on children as a personality like "you are (always) aggressive!", but to concentrate on the behavior: "He sometimes has aggressive tendencies".

#5- Acknowledge All the Feelings of the Children

Children have many, even irrational feelings when the day is long. Parents should always acknowledge these feelings and try not to judge them. In doing so, they conveyed respect to the child and, at the same time, demonstrated to him how empathetic they are, thus transposing themselves into the other's emotional world. Parents should show children how to name their own feelings and perceive the feelings of other people.

In the Danish lifestyle, the principle of "hygge" plays a major role, the cozy get-together in the community. For families, this time of "cuddling together" is very important to cultivate relationships. It's about enjoying the moment together, letting the stress out, turning off the smartphones and getting comfortable. You can play or sing together, but also just be together. Because: "To think only about you is not hyggeligt."