Hybrid cars in the USA 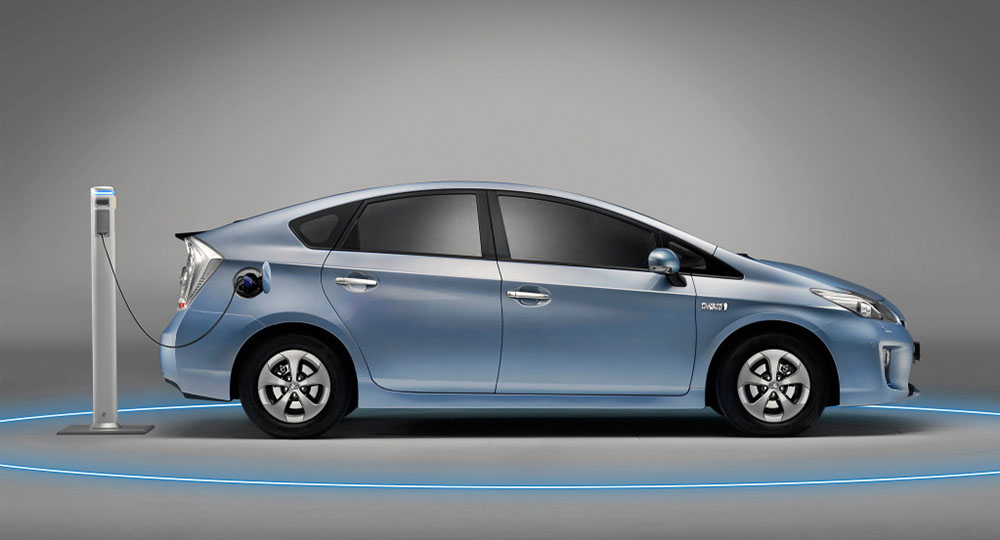 A hybrid car is a technical vehicle in which a power plant consists of two engines: an internal combustion engine (ICE) and an electric motor. The main advantage of using cars on hybrid traction is the significant economy and environmental friendliness. The disadvantage is the high cost of repair and maintenance of hybrid cars.

The market for new hybrid cars is very large. For this reason, choosing a model for everyday use is rather problematic. First, you need to study the technical characteristics of several models from different manufacturers and only then make a purchasing decision. In the rating is presented the top hybrid cars, which included such models: Porsche Panamera Sports Turismo, Volvo XC60, Acura MDX 3 SM, Toyota Prius, and Hyundai IONIQ Plug-in.

The world's first car withâ€hybrid" traction was created in the distant 1899 by German engineer Ferdinand Porsche, the founder of the legendary Porsche brand. By the way, in the article, we will look more closely at the new creation of this company.

Porsche has created a hybrid car called Lohner Porsche Mixte Hybrid. On the body was installed a small gasoline generator, which powered two electric motors installed on the front wheels. True, this scheme of the engine did not suit both producers and buyers and the scheme was forgotten for many decades. The theme was recreated only in the 1960s in the USA. The first mass hybrid car began to be produced in the company of Toyota (Japan). Japanese company Toyota produces the best hybrid cars.

Advantages of using a hybrid plant:

Â·         Recuperation of energy back into the batteries during braking.

Disadvantages of the hybrid:

Hybrid cars in the USA:

Cars with a hybrid engine are economical and environmentally friendly. They meet the most stringent requirements for cleanliness of exhaust. The prices for gasoline grow with frightening speed, and to fill the tank of the car every day becomes more and more expensive. However, drivers of so-called hybrid cars, equipped with two engines - both petrol and electric, can afford the luxury of not too grieving about the cost of fuel. Hybrid cars are economical, environmentally friendly and relatively inexpensive.

In the United States, you can buy a Toyota Prius, whose exterior design resembles the "Corolla", or the two-seater "Honda-Insight", similar to the "Honda-Civic". In this machine, the main engine is electric, and the role of the auxiliary is performed by a small gasoline engine. In the Honda car, on the contrary, the base engine is gasoline with a capacity of 67 horsepower, and the auxiliary one is electric. Unlike electric vehicles, hybrids do not need to be recharged, because their batteries receive energy during braking. Moreover, waiting at traffic lights and in traffic jams does not require fuel consumption.

"Prius" at a single gas station runs about nine hundred kilometers. This distance from Washington to Boston and half a road back. For a hundred kilometers of travel, he spends about five liters of fuel. A typical modern car is required in two or two and half times more. This model has gained a high popularity among politicians, government officials, environmentalists and even Hollywood film stars, for example, Leonardo DiCaprio has two Prius, and Donna Mills and Ed Begley, Jr., one by one. In Maryland, the first buyer of "Insight" was the engineer Joshua Goldman. When the dealer saw this young long-haired guy, dressed in a colorful shirt, shorts, and sandals, he found himself in front of him the most typical specimen of a consumer of such products. However, according to reports of Honda,

Want to purchase? Get in the queue. Waiting will take several months. This year, Japanese firms intend to import into the US no more than 20 thousand hybrid cars. Marketing specialists believe that this quantity meets the needs of the American market. In some states, the owners of hybrids are provided with a variety of tax breaks and road indulgences, so, in Virginia, they use the highways of highways without any restrictions. The manufacturers give them a factory guarantee of 160,000 kilometers or eight years of use of the machine.

Despite this, the average American believes that a good car, like a good person, should be a lot. That's why the corporation "General Motors", "Ford" and "Daimler-Chrysler" are working on the creation of hybrid jeeps and light vehicles of medium size. They assume to use the same principle as Honda, to supplement the gasoline engine with an electric one. When asked why American firms preferred to use hybrid technology for large cars, the representative of Daimler-Chrysler replied: "Nobody will buy any small fry, so if you save energy, so save it on a real car."

â€œThe further development of the infrastructure, the popularization of clean transport, the deferred demand for 100% electric vehicles, namely the two most expected and budgetary models from GM Chevrolet Bolt and Tesla Model 3 - all play in favor of sales and recharging hybrids includingâ€

We did not have time, to sum up, the sales for the first half of the year, as we had information on the sales of the plug-in (charging) cars in the US for July. Further development of the infrastructure, the popularization of clean transport, the deferred demand for 100% electric vehicles, namely the two most expected and budgetary models from GM Chevrolet Bolt and Tesla Model 3 - all play in favor of sales and recharging hybrids including. The July results are a vivid confirmation.

The leader of sales in July was a charging hybrid of the second generation from GM Chevrolet Volt. Adding 2,406 cars in July, the Volt became the first rechargeable hybrid in the world, which overcame the mark of 100,000 not only at home but all over the world! High sales of BMW i3 can be explained by a decrease in the price of the old model and the desire of the automaker to clear the warehouses before the sale of 33 kWt version of its train. More than 50% of the warehouse still sold out. And this is only in the month of July!

Among the manufacturers of Tesla in the first place, sales data of the company Elon Musk - forecast. Tesla does not disclose information on monthly sales. Nissan rolled back as much as 5 in the ranking:

In the fourth quarter, General Motors will begin selling Chevrolet Bolt. This is the first 100% electric car with mileage from one charge of more than 320 km. Its base price is 37,500 before payment of all tax credits, etc. We will remind that only the federal tax credit makes 7,500 thousand dollars. How will this affect the sales of the Chevrolet Volt? And on the sale of hybrids in general? And this is only the beginning of the era of electric transport.