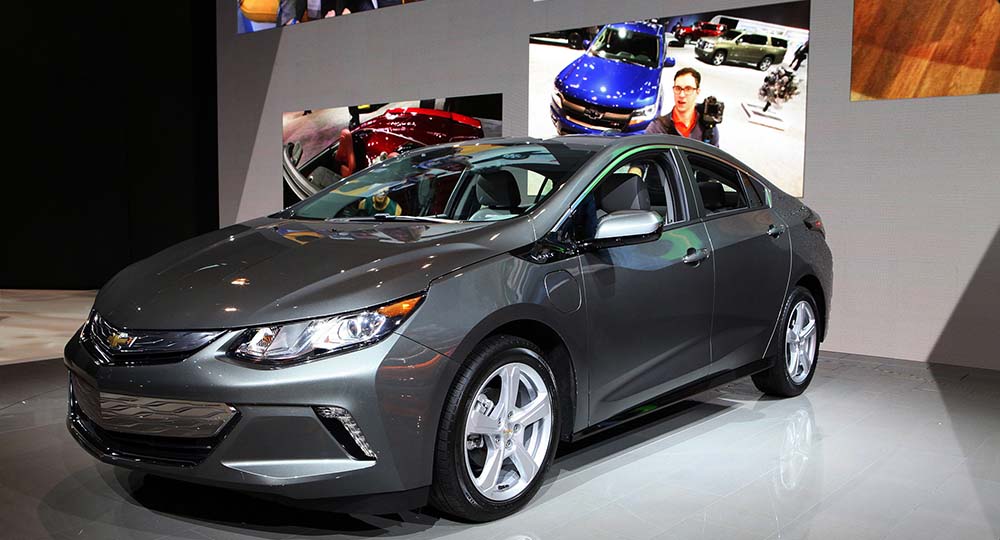 Sales of Toyota cars with a hybrid engine are gaining momentum. As of January 31, 2017, they have already sold more than 10 million.

According to the press service of Toyota, the Japanese manufacturer overcame the 9 millionth milestone in April 2016, that is, it took less than a year to sell 1 million hybrids, the Nikkei edition writes. Data covers sales in all countries in which Toyota is present.

Itâ€™s very first hybrid Toyota released 20 years ago, in 1997, and it was a minivan Coaster Hybrid EV, and a few months later it was joined by the first generation of the famous Prius with the power unit THS of the first version. After another four years, the light saw the second iteration of Prius with the THS II engine, which was then used in other Toyota cars.

It is the Prius that is the most popular hybrid in the entire Toyota lineup: of the 11 million for this car, there are 4 million cars sold over the 20 years of the model's existence. On the second place is Toyota Aqua, also known as Prius C - its circulation has exceeded 1,380 million cars for six years from the moment of release of the first copy.

According to Toyota experts, the popularization of cars with hybrid motors allowed to save 29 million tons of fuel in comparison with traditional ICE and significantly reduce the burden on nature by reducing emissions of harmful substances by 77 million cubic meters of CO2.

The recently introduced fourth-generation Toyota Prius originally introduced only in Japan and the US, will soon begin to save fuel and protect the environment in Europe. Also, the probability of the release of this car in other countries are high, but the date of its arrival and the recommended cost remain unknown.

The hybrid car Porsche Panamera Sports Turismo is equipped with a four-wheel drive. The premium supermarket belongs to the F family. The model was officially presented during the online presentation in 2017. The concept car debuted in the fall of 2012.

The body design is impressive. The front half of it is a bit like liftback. The rear doors received enlarged openings. Everything looks harmonious, recognizable. If you want to buy a hybrid sports car - choose Porsche Panamera Sport.

The universal version of Panamera, which includes a full sofa for the rear passengers, as well as a spacious luggage compartment, will extend to a solid length of 5049 mm. Thus the wheelbase will change to 2950 mm. The height and width of the body are 1428 mm. The Turbo version is 1432 mm and 1937 respectively. The equipped version of the hybrid weighs in depending on the configuration from 1840 to 2170 kg.

Interior of a hybrid sports car:

A good finish trim Sports Sports Turismo borrowed from the lift back. On the front panel is a large display of the hybrid navigation and control system. The work uses expensive leather upholstery. Armchairs give the necessary level of comfort.

Passengers received a luxurious three-seater sofa. As an option, you can order two sofas, separated by a central tunnel seats with electric drive, adjustable.

All without exception hybrids produced by Porsche in the local market are presented in the cargo-passenger body, they are delivered only in one of the four variants of the equipment to choose from.

The basic equipment of the Panamera 4 is equipped with a gasoline engine of 3 liters, V6, and turbo. Power plant - 330 liters. From the top version of the best hybrid car is equipped with a 4-liter V8, with a capacity of 550 liters. Our hybrid modification has some modest parameters. The main advantage of the "Hybrid" configuration is its economy. The Panamera 4 E-Hybrid version is equipped with a petrol engine with a volume of 2.9 liters V6, 330 liters capacity. The electric motor produces 136 liters.

Choosing a hybrid car, you should pay attention to the compact crossover Volvo XC60. The hybrid car is designed for young audiences, as well as for people of the age who prefer comfort, comfort, and moderate driving. The company Volvo in the development of its new models focuses on safety, environmental friendliness and the highest level of comfort.


Swedish hybrid SUV appeared before the public at the international automobile exhibition, which was held in Geneva in 2017. The Volvo XC60 looks a bit smaller compared to the XC90.

The appearance of the "Swede":

The hull of the hybrid crossover captivates with its lightness and swiftness. The profile of the car looks attractive thanks to a falling roof, and also an elegant window line that runs along the body, dedicated hips on the arches of the front and rear wheels. All this together makes the exterior of a car with a hybrid power plant one of the best in its class.

The rating of sales of cars in the Russian Federation shows that the brand "Volvo" is acquired by older people who have already taken place and achieved much in life. The main emphasis in the interior of the car is made on a large 9-inch multimedia display. The handlebars are multi-functional and pleasant to the touch.

The interior is made of quality materials. And also there are inserts from a natural tree. Seats are sheathed with natural leather.

The trunk of the hybrid crossover is large, with a volume of 505 liters. When folding the passenger sofa significantly increases the volume of the cargo compartment. We choose Volvo XC60 for comfort, reliability, and elegance.

Japanese manufacturer of premium cars company Acura presented at the international exhibition, which took place in March 2016 in New York, a restyled model of the famous MDX SUV with Benzo Electric modification. In combination with economical ICE, three electric motors are installed, which provide the crossover with high power of motion.

Pleasant changes in the third generation:

On the exterior, the modification of the Acura MDX 3 Sports Hybrid, in fact, is no different from the ordinary gasoline version of the road car. Only a small nameplate means belonging to the class of hybrid cars. "M-D-X" is included in the top hybrid cars. The dimensions of the car are standard: length - 4935 mm, height - 1730 mm, width - 1960 mm. The distance between the axles is 2825 mm.

The quality of the materials is high. The cargo compartment, depending on which modification is chosen, is from 234 to 2574 liters.

The car's interior is no different from a saloon with a petrol version of the engine.

Under the hood is a petrol engine V6, volume 3.0 liters, capacity 294 liters. The transmission is a robot with two clutches and also installed electric motors, which together with the internal combustion engine produces a power of 330 liters. The level of fuel consumption in the combined mode is 9 l / 100 km. The chassis is adapted to work in four modes: Comfort, Normal, Sport and Sport +.

The premiere of the fourth generation of the popular sedan took place in the United States of America in September 2015 in the city of sunny Las Vegas. The Japanese were the first to make a big breakthrough in the development of hybrid technologies. For this reason, the car caused genuine interest of the public due to its completely changed appearance and many technical improvements. In 2017, a new Toyota Prius with a hybrid power plant can be purchased in the USA from an authorized dealer. The sales rating of ordinary Prius sedans showed an unusual interest in the car.

Externally, the car has completely changed. Optics consists of T-shaped LED flashlights. Radiator grille in the form of a smiling face. The relief of the body looks difficult. The stern got massive with special design taillights.

The interior is decorated properly:

On the central part of the "torpedo" is a liquid crystal panel that replaced the traditional analog instrument panel. The transmission control joystick is located at the bottom of the console. And next to it are a few additional control buttons.

The Hyundai IONIQ Plug-in was introduced to the public at the Geneva Motor Show in March 2016. The novelty was able to quickly recharge the batteries from an ordinary outlet. On the territory of the many countries, the car is not yet sold.

The design of the new hybrid Hyundai is made in a modern style using the latest finishing materials. The car looks outwardly aggressive, the luggage compartment in volume 400 liter. The hybrid power plant consists of a 1.6-liter gasoline atmospheric engine that operates on the Atkinson cycle. The engine works in tandem with a 6-band robot with two clutches electric engine capacity of 61 liters. The capacity of the onboard batteries is 9 kWh. The combined power of the hybrid is 160 horsepower.