10 Worst Supercars Of All Time 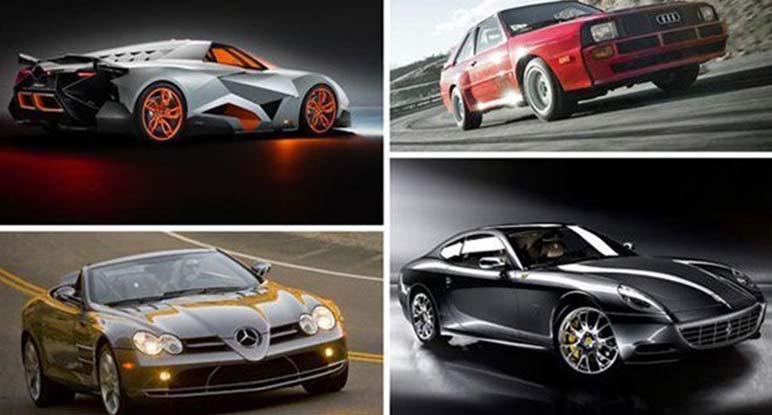 And on the sun there are spots: alas, these cars are hardly worthy of the prefix "super". â€œPopular Mechanics " presented the top ten worst supercars according to the American magazine Car and Driver.

Audi did not have experience in developing supercars, so as a debut the company decided to play on its rally heritage. Quattro received a powerful turbocharged five-cylinder engine and a proprietary all-wheel-drive system so that a small coupe fired from a place to 100 km / h in about six seconds. A total of 224 pieces were built because the combination of a short 2.5-meter wheelbase and a heavy engine located above the front axle led to a catastrophic understeer, which was not to the liking of buyers.

612 was one of the rare Ferrari models, capable of accommodating four people in the salon. Unfortunately, on this, its advantages end, because Scaglietti was completely disgusted for a real Ferrari and looked even worse. The huge aluminum body had a length of 4.9 meters and a width of 1.9 meters with a car weight of almost 2 tons. I could not save the situation and design - the big compartment looked too heavy and bloated for a supercar.

In 2004 Roland Gumpert founded his own company to build his dream car. The supercar got a 4.2-liter V8 from Audi with a twin turbo, so it catapulted to 100 km / h in less than 3 seconds and even set a record for the NÃ¼rburgring track for production cars. However, with such astounding dynamics, Apollo had a disgusting build quality and huge gaps between the body panels. With the price of a supercar at least 550 thousand dollars, the buyers did not appreciate this and, as a result, the company recently announced bankruptcy.

The XJ220 concept debuted in 1988 and boasted a mighty V12 with an all-wheel-drive transmission, but after four years of waiting, potential buyers were, to put it mildly, disappointed. On the way from the podium to the conveyor XJ220, all this loss and was now equipped with a low-power turbocharged V6 with rear-wheel drive. Many customers, charmed by the prototype and prepaid, broke contracts, so today you can find a copy in the state of a brand new car for sale.

Although only one copy was made, it deserves a place on this list. Egoista is built to the 50th anniversary of the company Lamborghini, but its design can be called at best "chaotic": the body of a supercar is an eclectic interweaving of random lines and sharp angles with a lot of ventilation holes.

What happens when one of the oldest automakers unites with one of the most successful Formula 1 teams of all time to create a supercar? Contrary to expectations, there are disagreements and compromises. SLR McLaren turned out to be too big and heavy, and the incredibly long nose of a supercar, inspired by race cars, was hated even by the chief designer after tiring attempts to harmoniously fit it into the face of the car. As a result, the first "pancake" of Mercedes-Benz and McLaren turned out to be a lump, and later each of the companies made its supercar: McLaren MP4-12C and Mercedes-Benz SLS AMG.

The Consulier GTP with fiberglass body was equipped with the Chrysler 2.2-liter four-cylinder turbo, but there was no beauty in the list of its options. The unpretentious style did not improve even after several evolutions, and the terrible interior finally buried the supercar.

An extravagant six-wheeled supercar with a removable roof was equipped with a huge 8.2-liter V8 from Cadillac and a three-speed automatic transmission, and an advanced audio system, TV, and phone were unprecedented equipment for the late 1970s. It was released only two copies - black and white, both of which are still on the go.

The Italian supercar, at the dawn of products bearing the name De Tomaso Bigua, was equipped with a simple 4.6-liter Ford V8 Ford Mustang and a plastic body. Despite the rather unusual design from Maestro Marcello Gandini and the unique mechanism of the convertible roof, Mangusta could not win the approval of buyers and soon all rights to the car were sold to the dying British concern MG Rover.

The futuristic prototype, whose appearance was inspired by spacecraft from the series Star Trek, promised the maximum speed to insane for the year 1980 389 km / h, but to verify this statement failed. The 5.7-liter V8 from Chevrolet developed 600 hp. paired with a 3-speed automatic transmission, and the interior of the supercar was truly cosmic and represented an incredible heap of all possible devices, including, for example, fuel pressure indicators or oil pressure in the gearbox. Because of the endless series of litigation between the company's investors, only one instance of the W2 was built.